US Dollar in Favour vs EUR/USD & GBP/USD, CHF Bulls Rise

The Predictive Power of the COT Report

How to Read the CFTC Report

Source: CFTC, DailyFX (Covers up to May 5th, released May 8th)

In the week to May 5th, investors had continued to pullback their bearish bets on the US Dollar for a second consecutive week. As such, USD net shorts were cut by $1.13bln against G10 currencies, in which the majority of the short-covering had stemmed from EUR, JPY and GBP.

Market participants have added to their bearish bets in the Pound following a $414mln increase in net shorts. The outlook for the Pound is becoming increasingly bearish as the UK still has to deal with the issue of Brexit. This week will see another round of trade talks, in which little progress would raise concerns over the ability to reach a comprehensive trade agreement without an extension to the transition. Expect net short to continue picking up as political risks rise.

Elsewhere, investors are the most bullish on the Swiss Franc since December 2016 as net longs rise by $286mln to $1bln. Of note, SNB President Jordan stated over the weekend that the central bank has intensified its FX intervention as the coronavirus impact exerted enormous upward pressure on CHF.

Investors are growing increasingly bearish on the Euro as outright shorts continue to pick-up. Last week, the Euro was dealt a blow following the German Constitutional Courts ruling on ECB QE, in turn, with a potential legal battle on the way, this presents a new headwind for the Euro. 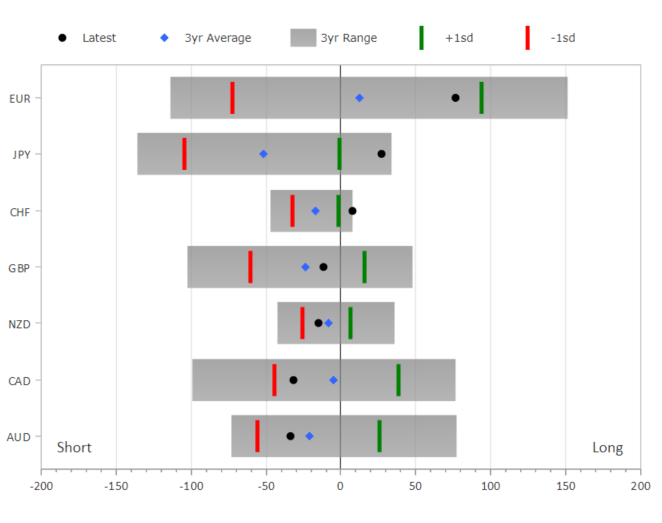 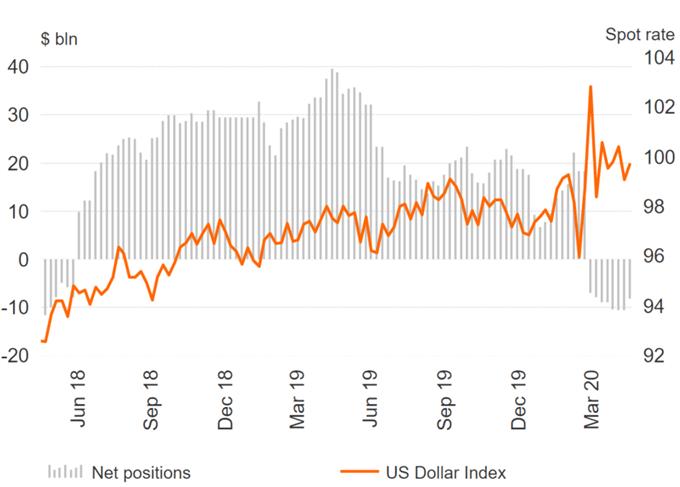 EUR/USD | Outright Shorts on the Rise 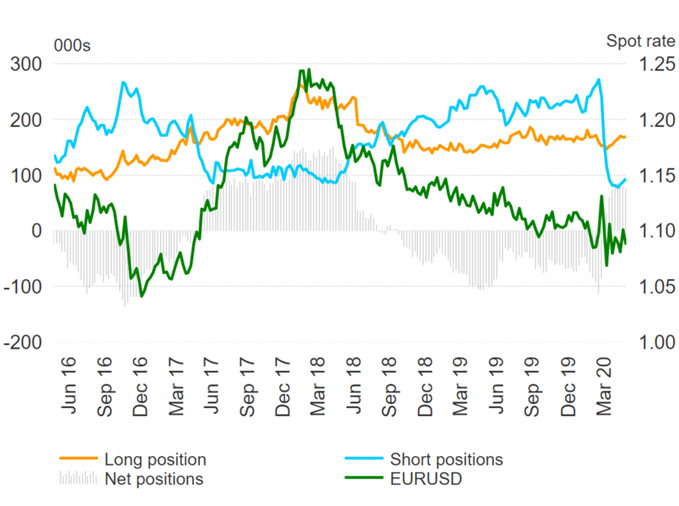 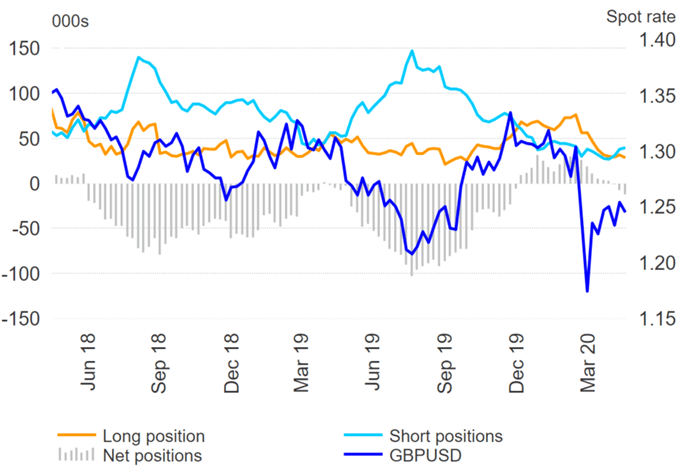 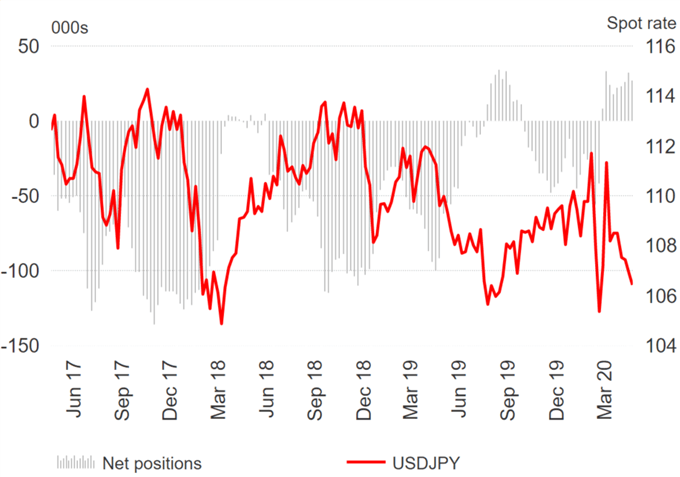 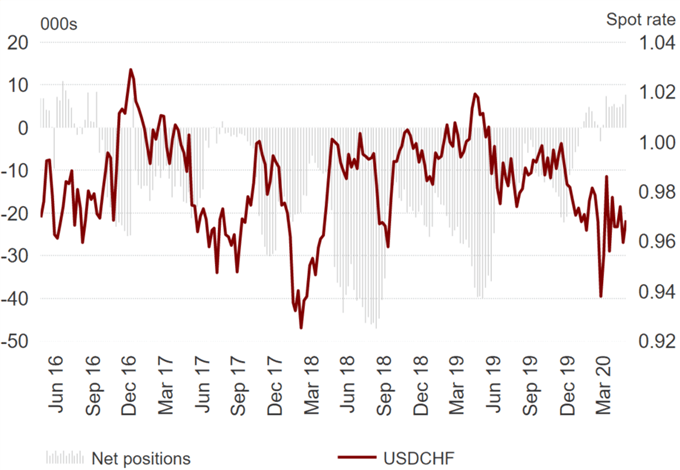 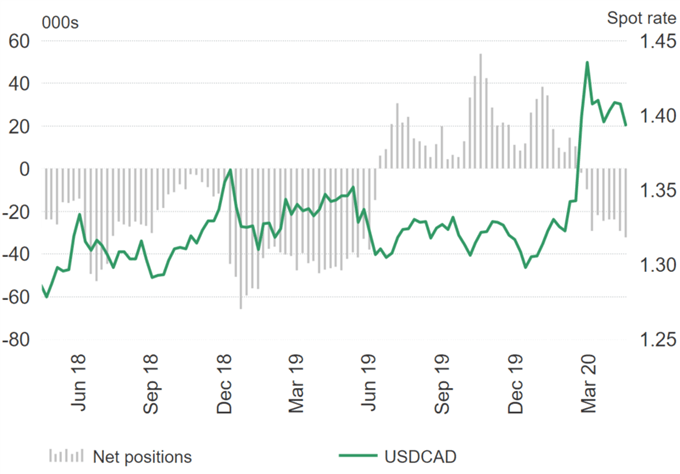 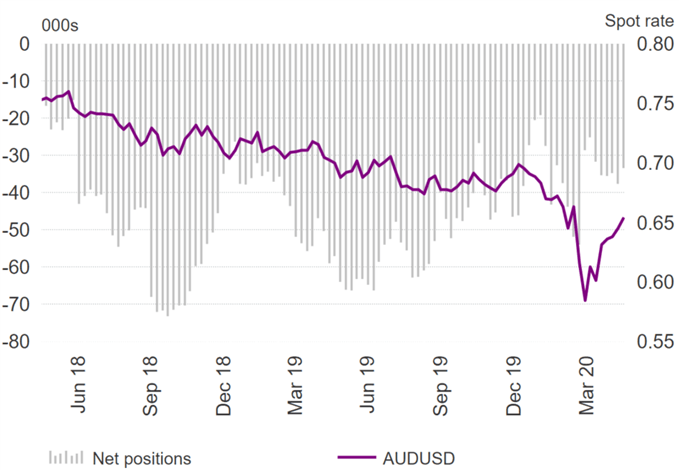 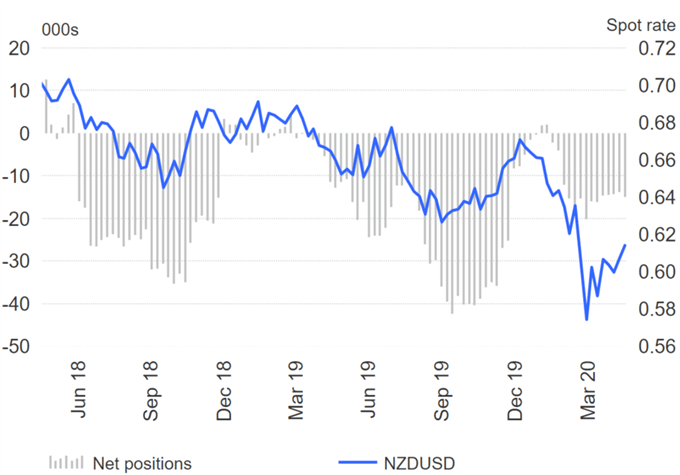 For a more in-depth analysis on FX, check out the FX Forecast