Even as energy markets continue to slowly but surely drift higher, yet the occasional bout of volatility on virus- or trade-related headlines circulating around the United States has held back the Canadian Dollar has in recent days.

Yet with a risk environment that remains robust thanks to ongoing stimulus efforts by central banks and governments around the developed world, the Canadian Dollar remains on relatively sturdy ground: the coronavirus pandemic didn’t hit the Canadian economy as hard as it did to its largest trading partner, the United States.

While the forex economic calendar is rather thin over the coming week, the last day of the month will offer up the May Canada GDP report, due to show that the economy gained +3.5% m/m after plunging by -11.6% in April. Evidence that the Canadian economy returned to growth faster than either Japan or the United States, for example, should help clarify recent breakout attempts in both CAD/JPY and USD/CAD rates.

The ongoing improvement in Canadian economic data is a trend that the Bank of Canada will continue to monitor with caution, taking solace in the fact that the economy has weathered the storm but it is not in the clear yet. With no BOC meeting scheduled until September, it’s of little surprise that market participants are watching the improvement in Canadian economic data as evidence that the BOC will stand pat for the foreseeable future. 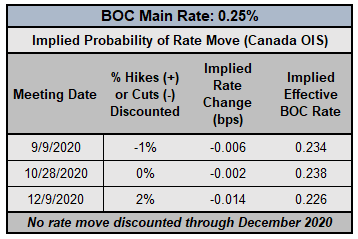 Even if economic conditions continue to improve, that Canada’s largest trading partner, the United States, of which 20% of Canadian GDP is derived, continues to suffer from the coronavirus pandemic will leave the BOC more cautious about normalizing interest rates than they may have been otherwise if the United States managed its COVID-19 outbreak more effectively. 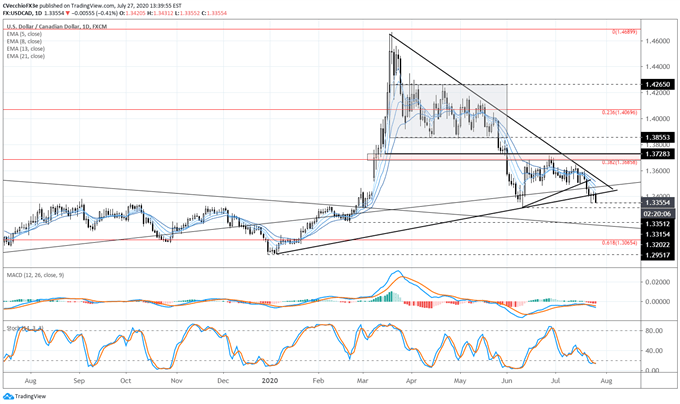 Bearish momentum has continued to accelerate. USD/CAD rates are below their daily 5, 8-, 13-, and 21-EMA envelope, which is still in bearish sequential order. Daily MACD is trending lower below its signal line, while Slow Stochastics are still ins oversold territory. Short-term momentum indicators suggest that more losses may be on the immediate horizon for USD/CAD rates. 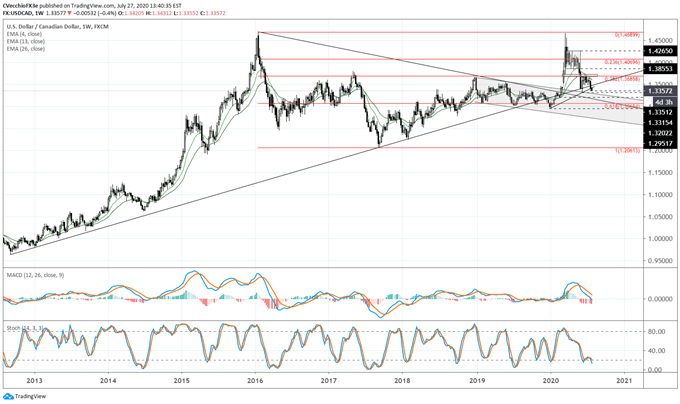 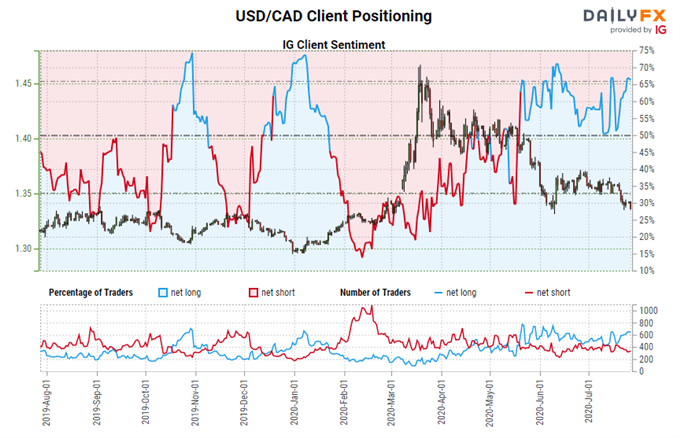 Positioning is less net-long than yesterday but more net-long from last week. The combination of current sentiment and recent changes gives us a further mixed USD/CAD trading bias. 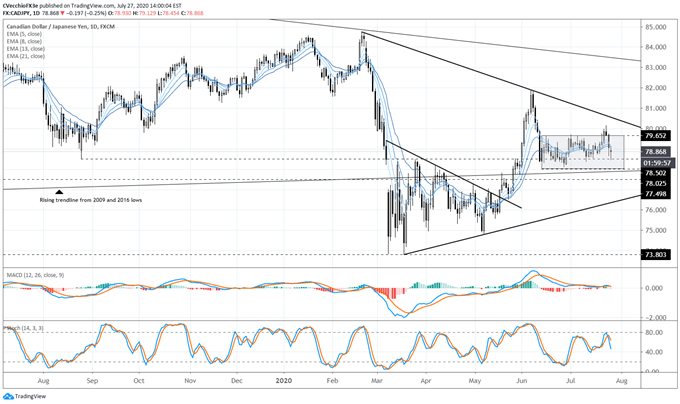 CAD/JPY rates failed in their bullish breakout attempt last week, proving to return to the sideways range between 78.03 and 79.65. Perhaps this was (and remains) an invalid interpretation of near-term price action; it also holds that a series of higher highs and higher lows has formed after the late-June low. To this end, retaking the 2019 low and symmetrical triangle swing highs near 78.50, and maintaining the move above 78.50, has given credence to the idea that the bottom is in.

It’s important, for now, that CAD/JPY rates have sustained their climb back above the rising trendline from the 2009 and 2016 lows, helping solidify the perspective that the symmetrical triangle, having formed between early-March and mid-May, was, indeed, a significant bottoming effort.

For now, CAD/JPY rates are back in the ranges for which they’ve now trade for the past three weeks, between 78.03 and 79.65. CAD/JPY rates are below their daily 5-, 8-, 13-, and 21-EMA envelope, which is in bullish sequential order. Daily MACD is turning lower while hovering above the signal line, while Slow Stochastics have quickly exited overbought territory. If the Canadian Dollar is going to extend its gains versus one of the global funding currencies, it appears that USD/CAD is better suited for the task than CAD/JPY. 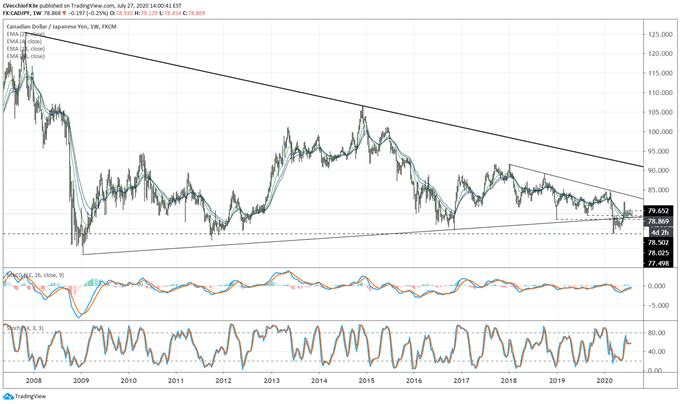