Wheeee, that was easy money!

In yesterday’s Live Trading Webinar, we were watching the Fed report live and we didn’t see what people were being so bullish about so I made a call to short the Russell (/RTY) and the S&P 500 (/ES) Futures, which I reiterated in our Live Member Chat Room:

As you can see, we’ve already gained over $1,000 per contract and we haven’t even had the GDP Report yet (8:30) and that is expected to show a horrific 30+% drop in US economic activity for the 2nd Quarter.  It’s POSSIBLE we have an upside surprise – thanks to $5Tn of stimulus spending during Q2 but, either way, we’re in the middle of an economic disaster with not end in near sight. 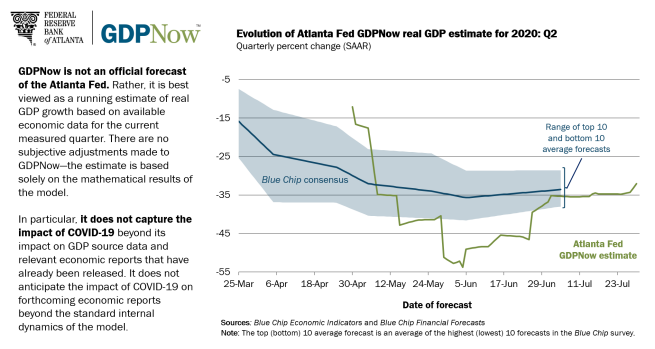 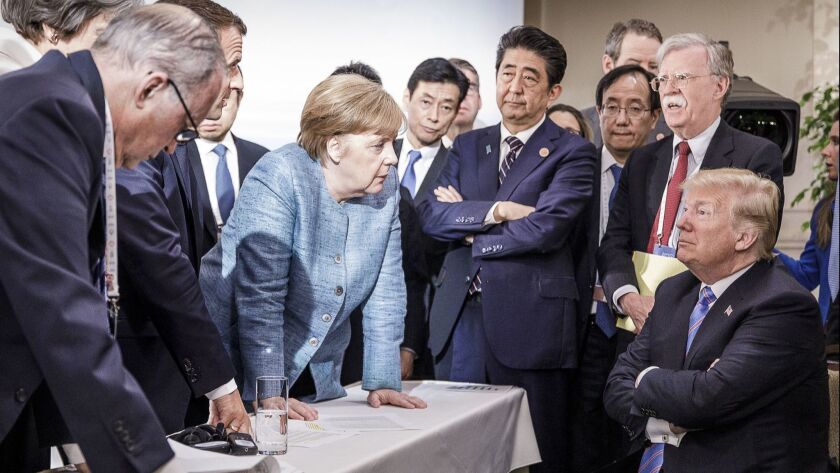 Merkel’s Germany did everything the Trump Administration did not and the differences are astounding.  Rather than spend Trillions of Dollars propping up the economy, they actually protected their people from getting the virus in the first place and are already on the road to recovery while the US virus count and death count are spinning out of control.

8:30 Update:  Officially we’re down 33% DESPITE the $5,000,000,000,000 boost by the Fed and Congress (see yesterday’s Report for breakdowns) so I’m very glad we put on those extra hedges as things could get pretty ugly although it’s really right in-line…